THE PARADOX OF THE CHINESE LEARNER 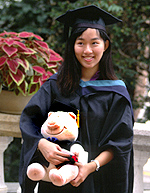 Students from the Confucian heritage (China, Hong Kong, Singapore, Japan and Korea) are stereotyped in the West for passively memorising. Well, that’s the way they’re taught, isn’t it, to memorise large amounts of material in preparation for gruelling examinations in harsh, overcrowded classrooms? But hey, don’t they also outshine Western students in international comparisons of academic achievement, in science and mathematics achievement especially? And don’t these students disproportionately gain first class honours in our universities? You can’t do that by rote memorisation. So are we wrong about what constitutes ‘good teaching’ and about the evils of rote memorising? Or are Sino-Japanese brains genetically better than ours?

Enter “The Paradox of the Chinese Learner”, which I articulated in 1992 at the Fourth Asian Regional Congress of Cross-Cultural Psychology, Kathmandu, Nepal, and later published in ‘Approaches to learning of Asian students: A multiple paradox’ in J. Pandy, D. Sinha, and P.S. Bhawuk (Eds.) Asian contributions to cross-cultural psychology (pp. 180-199). New Delhi : Sage, 1996. The answer to the paradox is complex. Meaningful or deep memorisation, based on reflective repetition, is an important strategy in learning anything complex (try understanding a Mahler Symphony in one hearing), and this is a strategy used a lot in Asian teaching: “repetition is the route to understanding” as their saying goes. Another important issue is simply cultural: in neo-Confucian cultures, education is highly valued, and effort is considered more important for success than ability, whereas Westerners like to think you have either got it or you haven’t. All of which adds up to the fact that Asian students study one hell of lot longer than do Westerners.